[email protected]
Tailypo, Tailypo, Who or What is Tailypo 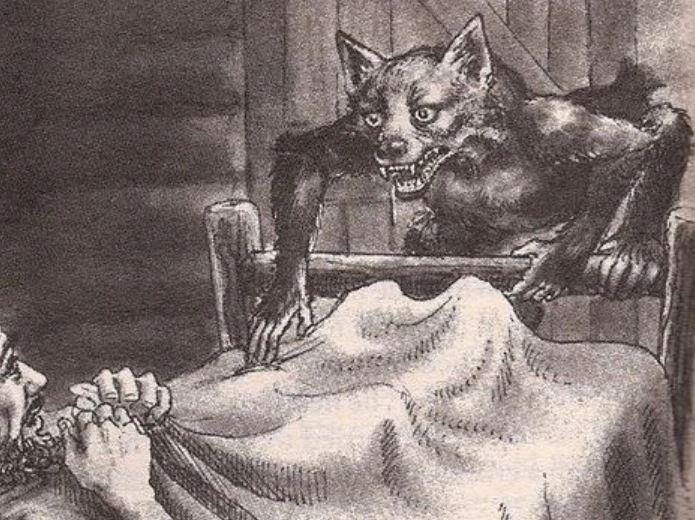 It is October—spooky season—and it seems appropriate to bring you one of the spookier tales from Appalachian folklore. Appalachian folklore is one of the many areas of interest to the Urban Appalachian Community Coalition, and we certainly love a good ghost story. Most people know at least some of the traditional Appalachian folktales. The mountain Jack tales, for instance, are extremely popular. Less well-known, perhaps for good reason, is the story of Tailypo.

The Appalachian region covers over 730 thousand square miles. It stands to reason that in an expanse that big, something is running around in there that ain’t no good. Creatures like the Mothman and Bigfoot tend to get all the press, whether or not you put in any faith in their existence. Well before these movie star monsters, the Appalachian region was haunted by things that avoided the limelight. The demon in the Tailypo story is one such creature. One reason the Tailypo demon may elude big media is because there does not seem to be any agreement on what, exactly, this thing is or even what he looks like. Most stories about Tailypo describe him as something like a wild dog, but in others he is less distinct, more demon-like. Other versions describe the Tailypo demon as cat-like with fierce, glowing green eyes. That the demon in Tailypo cannot properly be described is what makes makes it so scary.

There are about as many versions of Tailypo as there are storytellers, but the gist of the tale is this: A stubborn old woodsman tries to make it through the winter high up in the hills. His provisions begin to dwindle, and he grows hungry. One night, a creature sneaks up through a hole in the floor. Sometimes it’s a crack in the wall or other variations. The old man chases the creature, cuts of its tail, and eats the tail. Now full and content, he goes to bed. The creature returns in the night and repeats in the dark: “Tailypo. Tailypo. I want my Tailypo.”  The old man sics his dogs, named “I know,” “You know,” and “Calico” (there are multiple variations on the spellings of the dogs’ names), on the creature. One by one the dogs disappear. Eventually, the creature returns to get its revenge. In some versions, the old man is ripped to shreds, in others he simply disappears, and nothing remains of his cabin but the chimney. In any event, the creature disappears in the night repeating: “Tailypo, Tailypo, I got my Tailypo.”

The story can get pretty gruesome. A modern telling of the tale has more in common with a Stephen King story than an old Appalachian folktale, complete with a gory end to our stubborn old hunter. Joanna Galdone has tamed the story at least a little for a children’s book called The Tailypo: A Ghost Story. Yet another version of the story situates the tale in the deep south as the demon emerges from a swamp. The story comes in so many forms it can be difficult to make any certain claims about whose story it actually is.

To make some sense of where Tailypo comes from, I consulted Luke Bauserman who publishes “The Weekly Holler,” an online newsletter of “Gritty History and American Folklore.”

Bauserman is from the Appalachian foothills of Southeastern Ohio, and he makes it his business to know about varmints like Tailypo. Bauserman explained that “Tailypo is one of those stories that is hard to trace, partially because it’s so widely known, and has many forms. As I’ve looked over its history, it strikes me that it seems to be a product of the American melting pot– African American storytelling, blended with themes from European folklore.” Indeed, there are a great many African American versions of Tailypo, and the story plays just as much a part of the folklore of African Americans in various parts of the south as it does in Appalachian folk history. Luke Bauserman told me the earliest written version of Tailypo “is a Brer Rabbit story called ‘Taily-po,’ recorded by Joel Chandler Harris in Uncle Remus Returns in 1918.”

This story differs considerably from the conventional one with the hunter and the demon-animal, but it retains the essence of theft and revenge. Tailypo does share some common attributes with much older tales from European folklore. Like much of American folklore and folktales, Tailypo is an amalgam, its origins are just as mysterious as the demon itself, and maybe that accounts for the enduring appeal of Tailypo. The story seems to crawl out of cracks in the walls and holes in the floor and grab us in the night.

No matter the origins of Tailypo, it is an integral part of Appalachian folklore. The story of Tailypo makes for a great addition to the cast of heroes, heroines, strange creatures in the woods and all that makes up our Appalachian folklore, and the Urban Appalachian Community Coalition is happy to pass along one of our more nefarious creatures for October’s celebration of the macabre. I cannot say for sure if Tailypo ever made its way out of the hills and into the city. But I do know I don’t want to find out.

If you would like to keep up with Luke Bauserman’s “The Weekly Holler,” the link is here: https://www.getrevue.co/profile/theweeklyholler/issues/tailypo-an-appalachian-folktale-the-weekly-holler-18-28041.

Luke also has a YouTube channel. He will be presenting more on Tailypo soon.