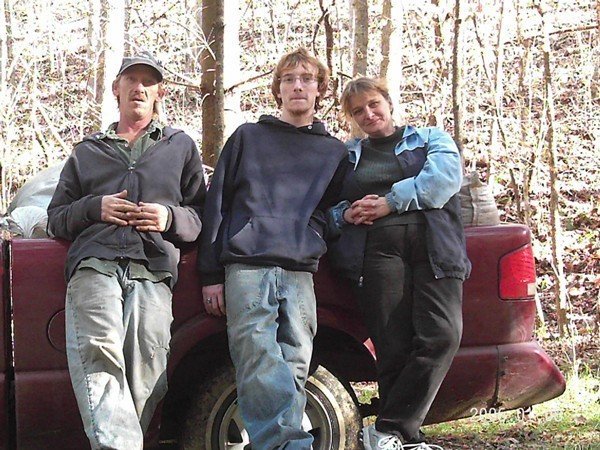 Although I was the ripe old age of two when this documentary was released, American Hollow (1999) follows a close-knit, Perry County, KY family over the course of a year. The family’s roots go back about 100 years—living in the same holler in Mud Lick, KY. What struck me about this documentary, in comparison to other Appalachian documentaries, is the candid look inside modern-day issues/conflicts Appalachians faced and still face even twenty years later. Most documentaries paint a primal (and stereotypical) picture of what life is like in the mountains with the same focal themes—surviving off the land with little to no contact with the outside world, banjos and fiddles, Protestant Christian religion, etc. And while this documentary has some of that living-off-the-land mentality, the family mainly depends on government assistance for food; their modest gardens are not quite enough. The documentary is nostalgic in the sense that it really takes me back to those photographs of my family in the late 90s, when I was very young. Their vehicles are modern, they use in-line phones, their clothes are very in-fashion for the time, and I even spotted a Metallica poster in one of the younger son’s bedroom (proof that we listen to genres other than country and bluegrass).

This documentary has a lot to unpack. It touches on issues like domestic abuse and violence against women, depression, generational poverty, religious beliefs and so much more. I could almost write an entire blog post on each theme or subject individually but I narrowed it down to focus on the youngest son’s ongoing conflict. Clint is a teenager who has his sights set on getting out of the holler. His ticket out? Marrying his high school sweetheart, Shirley Couch, who lives in Hazard. Clint is eager to get out and his girlfriend wants to go to college to become a nurse or radiologist. Throughout the documentary, Clint’s whole family advises him to take all things into consideration and figure out how he is going to afford leaving. His mom, Polly, and his aunt, Wanda, humbly remind him how expensive life really is.

Wanda: There is a lot of kids around here that’s got their high school diploma and they’re doing nothing—they’ve got no jobs.

Clint: I can’t get married unless I got a job. Mama’s afraid she’s going to break my heart again.

Clint and some of his other family members pick moss, bloodroot, and other bounties of the land. Lanzo, one of Clint’s uncles, opens the documentary foreshadowing the family’s financial struggles. Due to job scarcity and the isolation of the mile-wide holler, work is hard to come by.

Lanzo: I worked with moss most of my life. I started when I was about fourteen; from then on up. There wasn’t no way of getting the money. I’ll get out in the hills and get it.

Lanzo: See, they’re red. And when they’re like that, they bleed. I guess that’s why they call it blood root—I don’t know. All I know, they just money in it. Yeah, it gets rough at the end of the month for me on, you know, just food stamps. I do this to help pay my bills. Just one check don’t pay all my bills, girl. If you can’t help yourself, you can’t help nobody. Did you ever think of that?

The financial burden weighs heavily on each family member. The way out of poverty? Combining resources, according to Clint’s father.

“When I was your age, I wasn’t allowed to bring my woman home without marrying her,” his father says.

Clint argues, “You wasn’t even home at my age.”

Behind the scenes, away from Clint, the family mulls over Clint’s situation, expressing their concern for Clint and Shirley’s future together. Clint is waiting on Shirley to turn eighteen before they marry – much older than their peers and family members were when they got married at thirteen or fourteen. Shirley chimes in on the marriage conversation.

“Most of my friends got married when they was in the seventh grade. They’d be twelve or thirteen years old and they already got babies. I guess that’s how our culture is. We get married when we’re young.”

Spoiler alert, Shirley calls things off the day she and Clint were supposed to get married, which leaves Clint devastated and angry. He goes off on a heartbreak-induced tangent.

The film concludes with Clint going to Cincinnati to stay with his uncle and hopefully find work. The last few seconds display scrolling text on the screen that provides an update to Clint’s story: “Clint Bowling returned to the hollow one month after his departure. Shirley Couch dropped out of high school but plans to get her GED.”

The whole time I watched the film, I thought back to the people I grew up with in Eastern Kentucky. The same discrepancies the Bowling family lived with were some of the same conflicts I saw my peers and family members face. I also found myself empathizing with Clint and Shirley. Both wanted better for themselves financially but had little direction or support getting there. This cycle of generation poverty plagues the region, and, without access to resources and educational opportunities urban areas receive, the cycle keeps repeating.

This reality for many is why “getting out” is so important. Now, I am in no way saying I am above my family and peers who stayed in Eastern Kentucky (I ain’t above my raisin’). There are many ways to define success and happiness. For me, and many others, it was leaving. Cincinnati has this wonderful and interesting history with the region, as its eastern surroundings are in Appalachia. I thought there would be an abundance of Appalachian culture and support for mountain folk to be found in the city when I moved up here, but I am not so sure that is true. Urban Appalachians still face economic prejudices. On top of that, people up here do not quite understand the nuances of Appalachian culture, making it hard for Appalachian migrants and their families to find social support. That is why I love the work the Urban Appalachian Community Coalition does to help advocate for Appalachians and other minorities as well as celebrate our culture, art, and heritage. I believe we need more voices, organizations, and government institutions to help advocate for a better future.

I sincerely hope this documentary can shed some light on modern-day issues and provide some honest insight into some cultural and economic factors that contribute to Appalachian and urban Appalachian communities. The documentary is free to watch on YouTube and was created by Rory Kennedy.